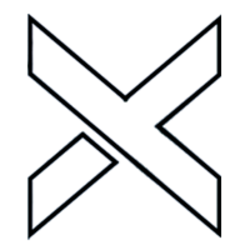 What is Xido Finance?

XIDO Finance is a decentralized automated market maker (AMM) with yield farming incentives and no mints. It utilizes a unique token distribution design. XIDO Finance is a purpose-built layer protocol for payments that is developed for the DeFi indust...Morery. XIDO is the native cryptocurrency of XIDO Finance that adds a governance layer to the protocol. Without minting a new token, XIDO is also used to fuel the self-sustaining pools and farms.Less

Xido Finance underperformed in similar projects, which had 0% growth over the past year.

Xido Finance underperformed in crypto market, which had 0% growth over the past year.

Cryptologi.st
Xido Finance Report - 2023 Feb 08
Compare Xido Finance with other projects on https://Cryptologi.st. Also there are more crypto projects with higher gains which are extremely undervalued in today's market.

A project backed by well-known investors is a strong signal for success. Take a closer look into Xido Finance's investors.

Project announcements and news have a significant impact on the price. Below are live updates from Xido Finance's Twitter and Reddit accounts.