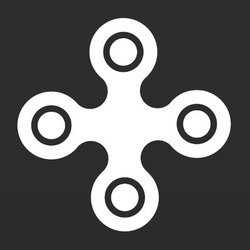 What is Wrapped NXM?

NXM token itself is created solely for internal use within the Nexus Mutual protocol and all of its holders must go through KYC. As such, a wrapped version is created to allow more users to own the token without having to do KYC. In the meantime it a...Morelso improves its liquidity outside the protocol’s bonding curve by being listed on exchanges such as Uniswap and Binance. To make use of the wNXM token, it first needs to be unwrapped into NXM by a registered member of Nexus Mutual. After it is unwrapped, wNXM becomes NXM and can be used as a normal token on the Nexus Mutual platform. Less

Wrapped NXM underperformed in 'Insurance, Wrapped-Tokens, Decentralized Finance (DeFi)' categories, which had 0% growth over the past year.

Wrapped NXM underperformed in crypto market, which had 0% growth over the past year.

A successful project is based on a foundation of a well experienced team. Take a closer look into Wrapped NXM's team.

Cryptologi.st
Wrapped NXM Report - 2022 May 17
Compare Wrapped NXM with other projects on https://Cryptologi.st. Also there are more crypto projects with higher gains which are extremely undervalued in today's market.

A project backed by well-known investors is a strong signal for success. Take a closer look into Wrapped NXM's investors.

Project announcements and news have a significant impact on the price. Below are live updates from Wrapped NXM's Twitter and Reddit accounts.