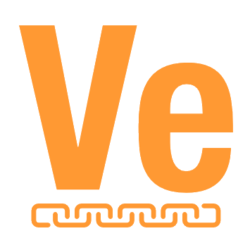 Veritaseum is a peer-to-peer market platform that allows users to directly trade with one another. The project hosted an initial coin offering (ICO) for its VERI token in April 2017. It alerted investors that July that hackers had stolen 36,000 token...Mores (then around $8.6 million) who promptly dumped it all on an exchange. Per Tuesday's filing, Veritaseum says hackers gained control of the phone belonging to Middleton in a SIM-swap attack – where a victim's phone number is transferred to another device. Not only did attackers then have access to confidential information, such as passwords, they could also bypass two-factor authentication and drain Middleton of all of his cryptocurrency.Less

A quick snapshot of Veritaseum ROI (return on investment) over different time periods.

Veritaseum exceeded in 'Cryptocurrency' category, which had 0% growth over the past year.

Veritaseum exceeded crypto market, which had 0% growth over the past year.

Cryptologi.st
Veritaseum Report - 2022 May 17
Compare Veritaseum with other projects on https://Cryptologi.st. Also there are more crypto projects with higher gains which are extremely undervalued in today's market.

Project announcements and news have a significant impact on the price. Below are live updates from Veritaseum's Twitter and Reddit accounts.