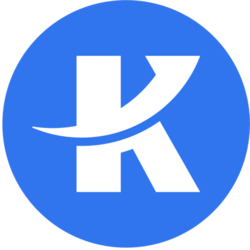 The blockchain protocol that powers USDK was developed by OKLink Fintech Limited, a wholly-owned subsidiary of OKG Technology Holdings Limited (1499.HK). OKLink is a multinational corporation that focuses on blockchain technology research, developmen...Moret, and implementation. Stablecoin, blockchain big data, and blockchain asset custodian services are among the company's blockchain services and applications. Prime Trust is the issuer and administrator of USDK, a US trust firm dedicated to the blockchain industry. Prime Trust is a Nevada-based company that offers custody, trust, escrow, payments processing, anti-money laundering (AML) compliance, and transaction technology to customers in the United States and around the world. Prime Trust has approved the USDK redemption. When users purchase USDK, they will deposit USD into the trust account, and the trust will sync pertinent data with OKLink. USDK will be issued on the blockchain and transmitted to users after confirmation is received. Less

A quick snapshot of USDK ROI (return on investment) over different time periods.

USDK underperformed in similar projects, which had 0% growth over the past year.

USDK underperformed in crypto market, which had 0% growth over the past year.

Cryptologi.st
USDK Report - 2022 Sep 27
Compare USDK with other projects on https://Cryptologi.st. Also there are more crypto projects with higher gains which are extremely undervalued in today's market.

Project announcements and news have a significant impact on the price. Below are live updates from USDK's Twitter and Reddit accounts.