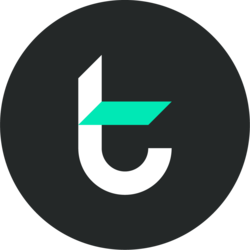 TomoChain is a project that aims to make the Ethereum (ETH) blockchain more scalable. This is generally accomplished by increasing the number of transactions per second (TPS). Developers can use Tomochain to create high-performance decentralized appl...Moreications (dapps) that prioritize privacy, speed, decentralization, and ease of use. TomoChain's method is to provide smart contract scalability, which entails figuring out how to make the blockchain manage a higher number of transactions per second, hence expanding the smart contracts' utility for real-world use cases and applications enormously. TOMO's smart contracts are also EVM (Ethereum Virtual Machine) compatible, allowing Ethereum developers to simply move their smart contracts to the platform. TOMO is TomoChain's native asset and the reserve coin for all third-party dApps that run on the platform.Less

A quick snapshot of TomoChain ROI (return on investment) over different time periods.

TomoChain underperformed in similar projects, which had 0% growth over the past year.

TomoChain underperformed in crypto market, which had 0% growth over the past year.

A successful project is based on a foundation of a well experienced team. Take a closer look into TomoChain's team.

Cryptologi.st
TomoChain Report - 2023 Feb 05
Compare TomoChain with other projects on https://Cryptologi.st. Also there are more crypto projects with higher gains which are extremely undervalued in today's market.

A project backed by well-known investors is a strong signal for success. Take a closer look into TomoChain's investors.

Project announcements and news have a significant impact on the price. Below are live updates from TomoChain's Twitter and Reddit accounts.