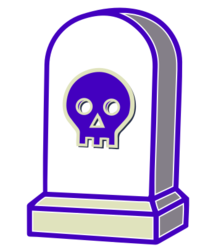 What is Tomb Shares?

TOMB Protocol is a blockchain-based multi-token protocol that uses three tokens as its native cryptocurrencies; Tomb (TOMB), Tomb Shares (TSHARE), and Tomb Bonds (TBOND). TOMB is the first cross-chain algorithmic token that is available on Fantom, Po...Morelygon, and Avalanche and is pegged to $FTM. TOMB aims to bring liquidity and new use cases to the Opera network as its backbone. TOMB Shares (TSHARE) are a way to measure TOMB Protocol’s value and the trust shareholders have in the protocol’s ability to maintain TOMB close to peg. TSHARE holders can stake their assets in the Masonry and receive TOMB rewards during epoch expansions of the protocol. Moreover, TSHARE holders gain the right to participate in the protocol’s governance.Less

Tomb Shares underperformed in similar projects, which had 0% growth over the past year.

Tomb Shares underperformed in crypto market, which had 0% growth over the past year.

Cryptologi.st
Tomb Shares Report - 2022 Dec 09
Compare Tomb Shares with other projects on https://Cryptologi.st. Also there are more crypto projects with higher gains which are extremely undervalued in today's market.

Project announcements and news have a significant impact on the price. Below are live updates from Tomb Shares's Twitter and Reddit accounts.