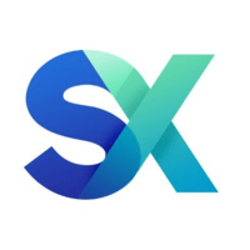 What is SX Network?

SX Network describes itself as a standalone smart contract blockchain with a native prediction market protocol. With EVM compatibility, inexpensive transactions, and a PoS-based consensus model, it is created for blockchain application developers. SX...More Network is made up of three main, connected platforms: SX Bet: One of the world's largest volume-based blockchain prediction market applications. SX Protocol: All SX prediction markets are supported by the open-source SX Protocol. SX Blockchain: A Polygon Edge-based blockchain that is highly scalable and EVM-compatible. The SX token serves as the native cryptocurrency of the SX Network and can be used to power governance, pay transaction fees, and act as a staking bond for validators. Less

SX Network underperformed in similar projects, which had 0% growth over the past year.

SX Network underperformed in crypto market, which had 0% growth over the past year.

Cryptologi.st
SX Network Report - 2022 Sep 27
Compare SX Network with other projects on https://Cryptologi.st. Also there are more crypto projects with higher gains which are extremely undervalued in today's market.

A project backed by well-known investors is a strong signal for success. Take a closer look into SX Network's investors.

Project announcements and news have a significant impact on the price. Below are live updates from SX Network's Twitter and Reddit accounts.