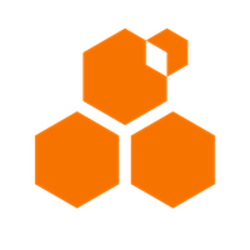 Ethereum's Co Founder Gavin Wood proposed the idea of Swarm in 2015. According to the team, "With the Ethereum blockchain as the CPU of the world computer, Swarm is best thought of as its "hard disk." Ethereum Swarm is a DHT (distributed hash tablet)...More. Many storage solutions like BitTorrent use DHTs as a database where users can find the data is being stored. However, Swarm's DHT usage is slightly different: Swarm stores data in the DHT itself instead of using it to find where the data is. This solution is called DISC (distributed immutable store for chunks). Swarm's native cryptocurrency is BZZ.Less

A quick snapshot of Swarm ROI (return on investment) over different time periods.

Swarm underperformed in similar projects, which had 0% growth over the past year.

Swarm underperformed in crypto market, which had 0% growth over the past year.

A successful project is based on a foundation of a well experienced team. Take a closer look into Swarm's team.

Cryptologi.st
Swarm Report - 2023 Feb 03
Compare Swarm with other projects on https://Cryptologi.st. Also there are more crypto projects with higher gains which are extremely undervalued in today's market.

Project announcements and news have a significant impact on the price. Below are live updates from Swarm's Twitter and Reddit accounts.