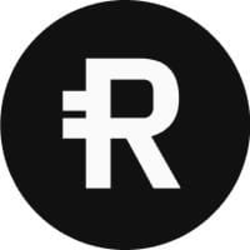 The initial production version of the Reserve Protocol will operate in a substantially centralized way, and over time each protocol component will be migrated on-chain and released from control by the founding team, eventually becoming fully decentra...Morelized. There are three planned phases of the Reserve network: The centralized phase — where Reserve is backed by a small number of collateral tokens, each of which is a tokenized US dollar. The decentralized phase — where Reserve is backed by a changing basket of assets in a decentralized way, but still stabilized in price with respect to the US dollar. The independent phase — where Reserve is no longer pegged to the US dollar, with the intent of stabilizing its real purchasing power regardless of fluctuations in the value of the dollar.Less

A quick snapshot of Reserve ROI (return on investment) over different time periods.

Reserve underperformed in 'Decentralized Finance (DeFi), Stablecoins, Asset-backed Tokens' categories, which had 0% growth over the past year.

Reserve underperformed in crypto market, which had 0% growth over the past year.

Cryptologi.st
Reserve Report - 2022 May 18
Compare Reserve with other projects on https://Cryptologi.st. Also there are more crypto projects with higher gains which are extremely undervalued in today's market.

Project announcements and news have a significant impact on the price. Below are live updates from Reserve's Twitter and Reddit accounts.