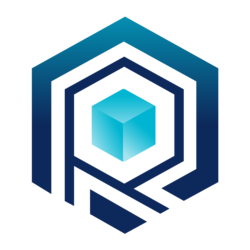 RAMP DeFi is a decentralized protocol that intends to boost DeFi adoption by allowing non-Ethereum (ETH) users to stake tokens on ETH platforms; at the same time, Ethereum users can interact with the RAMP protocol and increase their yields. RAMP DeF...Morei allows the staked capital of non-ERC-20 staking blockchains to be collateralized into a stablecoin known as rUSD that is issued on the Ethereum blockchain. The main result of this is the maximization of capital efficiency on stacked digital assets, where users earn staking rewards, unlock liquidity from staked assets and stack multiple yield streams at the same time. Users who are already on the Ethereum blockchain can mint eUSD by depositing their ERC20 stablecoins into RAMP’s eUSD liquidity pool. This means that rUSD and eUSD holders can exchange, lend or borrow both tokens freely and in turn create liquidity for users with capital locked into staking arrangements. RAMP’s creation was prompted by the rapid growth of the staking economy, which has exceeded $300 billion by 2021, combined with the inefficiency of said economy’s markets.Less

A quick snapshot of RAMP ROI (return on investment) over different time periods.

RAMP underperformed in 'Solana Ecosystem, Lending/Borrowing, Polygon Ecosystem, Decentralized Finance (DeFi)' categories, which had 0% growth over the past year.

RAMP underperformed in crypto market, which had 0% growth over the past year.

Cryptologi.st
RAMP Report - 2022 May 18
Compare RAMP with other projects on https://Cryptologi.st. Also there are more crypto projects with higher gains which are extremely undervalued in today's market.

Project announcements and news have a significant impact on the price. Below are live updates from RAMP's Twitter and Reddit accounts.