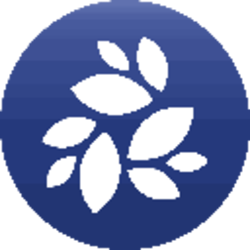 NKN, or New Kind of Network, is an open-source protocol for sharing Internet connectivity and network bandwidth in public blockchain-based peer-to-peer networks. The NKN Mainnet, which contains up to 25,000 full consensus nodes (more than Bitcoin or ...MoreEthereum), was launched in July 2019. The consensus process used by NKN is based on Cellular Automata and the Ising Model. The purpose of the architecture is to scale to any number of equal consensus nodes. To enable direct peer-to-peer communication without centralized servers, NKN employs a global addressing method based on public keys. The Chord Distributed Hash Table (DHT) is used to route packets, and it translates each NKN address to a random and verified place on the Chord DHT ring. KKN, the native token of the ecosystem, is used to incentivise the nodes operating NKN’s proof-of-relay (PoR) consensus algorithm. Notable use cases for NKN include: Content Delivery system (contract with Chinese video giant iQIYI) Edge computing (contract with China Mobile) D-chat (secure messaging app) nShell (secure remote terminal access). NKN’s consensus algorithm is based on Cellular Automata, A New Kind of Science and Ising Model, where a simple local majority rule can lead to system-level convergence in a small number of iterations. The design goal is to scale to arbitrary numbers of equal consensus nodes. NKN uses a global addressing scheme based on public keys, in order to enable direct peer to peer communication without centralized servers. The routing of packets is based on Chord Distributed Hash Table (DHT), which maps each NKN address to a random and verifiable position on the Chord DHT ring.Less

A quick snapshot of NKN ROI (return on investment) over different time periods.

NKN underperformed in similar projects, which had 0% growth over the past year.

NKN underperformed in crypto market, which had 0% growth over the past year.

A successful project is based on a foundation of a well experienced team. Take a closer look into NKN's team.

Cryptologi.st
NKN Report - 2023 Jan 27
Compare NKN with other projects on https://Cryptologi.st. Also there are more crypto projects with higher gains which are extremely undervalued in today's market.

A project backed by well-known investors is a strong signal for success. Take a closer look into NKN's investors.

Project announcements and news have a significant impact on the price. Below are live updates from NKN's Twitter and Reddit accounts.