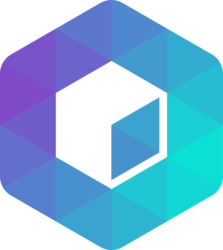 Neblio is an open-source and decentralized blockchain network which allows peer-to-peer exchange of information as transactions. The transactions that happen on the Neblio platform are stored in an immutable distributed ledger. Neblio is a next-gener...Moreation blockchain. Through innovation, it enables business and enterprise developers to develop and deploy decentralized apps (dApps), which will evolve with the development of blockchain technology. NEBL coin is the official cryptocurrency of Neblio blockchain network. NEBL coins are used for peer-to-peer transactions within the Neblio’s ecosystem. Neblio uses proof-of-stake consensus mechanism that enables NEBL mining on Neblio platform. Development of Neblio Neblio was founded by Eddy Smith and Ann Jackson, both serve as Lead Developer and Business Ops Manager of Neblio respectively. The team also has two developers, named Riley Stockton and Samer Afach. Neblio is backed by advisor Yuval Amar. Neblio launched its initial coin offering (ICO) during August 2017. Out of 125 million NEBL coins, about 13.6 million tokens were sold. The unsold tokens were burned. Less

A quick snapshot of Neblio ROI (return on investment) over different time periods.

Neblio exceeded in similar projects, which had 0% growth over the past year.

Neblio exceeded crypto market, which had 0% growth over the past year.

Cryptologi.st
Neblio Report - 2022 Dec 09
Compare Neblio with other projects on https://Cryptologi.st. Also there are more crypto projects with higher gains which are extremely undervalued in today's market.

Project announcements and news have a significant impact on the price. Below are live updates from Neblio's Twitter and Reddit accounts.