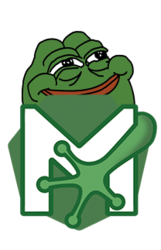 Meme coins are cryptocurrencies that have gained popularity in a short amount of time, usually as a result of influencers and retail investors promoting them online. Dogecoin is the original meme coin: It was created as a joke based on a meme back i...Moren 2013. It rose to fame after Elon Musk began tweeting about the cryptocurrency, and retail investors started buying in droves. Because anybody can create a new cryptocurrency, developers have released a slew of meme coins after Dogecoin. Many of these coins are spinoffs of Dogecoin -- take the coin Shiba Inu (CRYPTO:SHIB), for example -- but there are thousands of other meme coins out there. In fact, according to the website CoinMarketCap, there are more than 5,000 meme coins in existence as of this writing.Less

A quick snapshot of Memetic ROI (return on investment) over different time periods.

Memetic exceeded in similar projects, which had 0% growth over the past year.

Memetic exceeded crypto market, which had 0% growth over the past year.

Cryptologi.st
Memetic Report - 2022 Dec 10
Compare Memetic with other projects on https://Cryptologi.st. Also there are more crypto projects with higher gains which are extremely undervalued in today's market.

Project announcements and news have a significant impact on the price. Below are live updates from Memetic's Twitter and Reddit accounts.