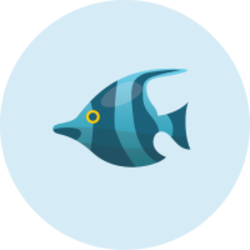 Marlin is an open protocol for DeFi and Web 3.0 that provides a high-performance, customizable network infrastructure. The Marlin network's nodes, known as Metanodes, run the MarlinVM, a virtual router interface that allows developers to deploy custo...Moremized overlays and execute edge computations. MarlinVM can be used to build the following overlays: low-latency block multicast to scale blockchains, low-latency mempool sync for arbitrageurs, mesh networks, mixnets and other anonymity networks, Device optimization and caching of API responses to Infura, Alchemy, and other systems. POND, the network's native utility token, can be used for staking validator nodes on the network, making and voting on governance proposals to determine how network resources are allocated, and choosing a set of network performance auditors and compensating users from an insurance fund in case of an SLA breach.Less

A quick snapshot of Marlin ROI (return on investment) over different time periods.

Marlin underperformed in similar projects, which had 0% growth over the past year.

Marlin underperformed in crypto market, which had 0% growth over the past year.

A successful project is based on a foundation of a well experienced team. Take a closer look into Marlin's team.

Cryptologi.st
Marlin Report - 2023 Feb 03
Compare Marlin with other projects on https://Cryptologi.st. Also there are more crypto projects with higher gains which are extremely undervalued in today's market.

A project backed by well-known investors is a strong signal for success. Take a closer look into Marlin's investors.

Project announcements and news have a significant impact on the price. Below are live updates from Marlin's Twitter and Reddit accounts.