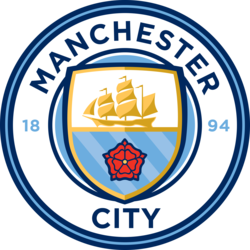 What is Manchester City Fan Token?

Socios.com, a platform built on the Chiliz (CHZ) blockchain, has created a fan token called Manchester City Fan Token. Socios has developed fan tokens for various other football clubs, the most well-known of which is (PSG), as well as UFC and car rac...Moreing. Fan tokens provide holders a voice in the club’s administration by allowing them to influence decisions, unlock VIP perks, and access unique promotions, games, and special recognition. Following the huge success of PSG’s launch in January 2020, Manchester City Football Club decided to introduce CITY in March 2021. Less

Manchester City Fan Token underperformed in similar projects, which had 0% growth over the past year.

Manchester City Fan Token underperformed in crypto market, which had 0% growth over the past year.

A successful project is based on a foundation of a well experienced team. Take a closer look into Manchester City Fan Token's team.

Project announcements and news have a significant impact on the price. Below are live updates from Manchester City Fan Token's Twitter and Reddit accounts.