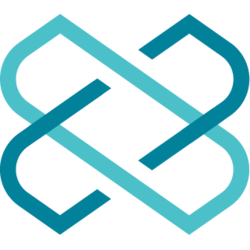 What is Loom Network (OLD)?

Loom Network is a platform as a service that is built on top of Ethereum and allows developers to run large-scale decentralized applications. This platform was released on October 1st, 2017. The goal of this is to allow application developers to hav...Moree smart contracts that can access much more computing power when it is required, or maintain the same power at lower costs for tasks such as trials for onboarding new users or applications that simply do not need the full security of blockchain to begin with. In this system you have the ability to interact with APIs developed by third parties which are not on chain. Loom attempts to be the ultimate platform that allows smart contract developers to create applications without the need to switch to another programming language. As such, they can easily integrate their applications with the outside world. The Loom Network runs on Plasma, which is a scaling solution that allows for faster transactions throughout the network.Less

Loom Network (OLD) underperformed in 'Cosmos Ecosystem, Infrastructure' categories, which had 0% growth over the past year.

Loom Network (OLD) underperformed in crypto market, which had 0% growth over the past year.

Project announcements and news have a significant impact on the price. Below are live updates from Loom Network (OLD)'s Twitter and Reddit accounts.