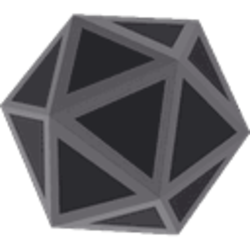 Kleros (PNK) is a decentralized dispute resolution project that launched in July 2018. It is an open-source online dispute resolution protocol that uses blockchain and crowdsourcing to adjudicate disputes fairly. Kleros offers a middleman service fo...Morer decentralized applications (DApps) and their users. If the service provided by the application does not create a dispute, Kleros acts as a trustless third-party service for payment. When a dispute does occur, however, each party can apply for arbitration through the Kleros arbitrators that are selected from the owners of PNK tokens. PNK is an Ethereum-based ERC-20 utility token with a fixed supply. At this point, the jurors can make a decision that will favor either party. The arbitration fees are distributed to all arbitrators in the form of ETH; jurors who have issued a minority decision lose part of their PNK tokens for the benefit of the majority of jurors. This decision can be appealed, at a cost. The stated mission of Kleros is to offer easier access to justice and improve individual freedom. Kleros charges a cost that is payable in ETH and is provided by the parties to the dispute or drawn from the funds previously locked in escrow.Less

A quick snapshot of Kleros ROI (return on investment) over different time periods.

Kleros underperformed in 'Prediction Markets, Polygon Ecosystem, xDAI Ecosystem' categories, which had 0% growth over the past year.

Kleros underperformed in crypto market, which had 0% growth over the past year.

Cryptologi.st
Kleros Report - 2022 May 18
Compare Kleros with other projects on https://Cryptologi.st. Also there are more crypto projects with higher gains which are extremely undervalued in today's market.

Project announcements and news have a significant impact on the price. Below are live updates from Kleros's Twitter and Reddit accounts.