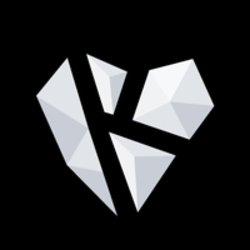 KardiaChain is a blockchain platform. Its main goal is to be non-invasive and fully interoperable, which means that blockchains can join the network without modifying their own protocols. The KardiaChain technology enables non-intrusive asset and dat...Morea transfers between any participating blockchains and Dapps. KardiaChain has a dual-node topology that allows it to link to other blockchains, as well as smart contracts for developers and sharding for scalability. The native token of the platform is KAI which is used for transaction fees, service, staking, participation, and smart contract deployment.Less

A quick snapshot of KardiaChain ROI (return on investment) over different time periods.

KardiaChain underperformed in similar projects, which had 0% growth over the past year.

KardiaChain underperformed in crypto market, which had 0% growth over the past year.

A successful project is based on a foundation of a well experienced team. Take a closer look into KardiaChain's team.

Cryptologi.st
KardiaChain Report - 2023 Feb 02
Compare KardiaChain with other projects on https://Cryptologi.st. Also there are more crypto projects with higher gains which are extremely undervalued in today's market.

A project backed by well-known investors is a strong signal for success. Take a closer look into KardiaChain's investors.

Project announcements and news have a significant impact on the price. Below are live updates from KardiaChain's Twitter and Reddit accounts.