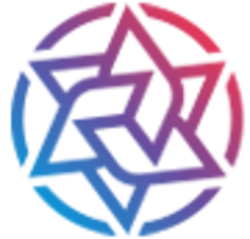 IRISnet is a service protocol and cryptocurrency, which was officially launched on Mar. 1, 2019. The primary purpose of the IRISnet protocol is to provide a blockchain-based, open network to small and medium businesses that are offering a wide variet...Morey of services. According to the official IRISnet Whitepaper, the protocol aims to employ different public and consortium blockchains to bring the power of decentralized, open networks to thousands of businesses and freelance service providers. Interestingly, IRISnet was named after Iris, the personification of the rainbow and the messenger of the Gods in Greek mythology.Less

A quick snapshot of IRISnet ROI (return on investment) over different time periods.

IRISnet underperformed in 'Cosmos Ecosystem' category, which had 0% growth over the past year.

IRISnet underperformed in crypto market, which had 0% growth over the past year.

Cryptologi.st
IRISnet Report - 2022 May 18
Compare IRISnet with other projects on https://Cryptologi.st. Also there are more crypto projects with higher gains which are extremely undervalued in today's market.

Project announcements and news have a significant impact on the price. Below are live updates from IRISnet's Twitter and Reddit accounts.