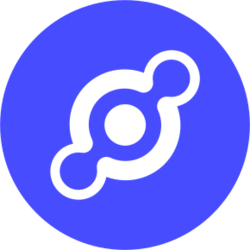 Helium (HNT) is a blockchain-based decentralized network for the Internet of Things (IoT) devices. Helium Crypto Token or HNT is a cryptocurrency linked to Helium's revolutionary approach to telecommunication infrastructure, which uses blockchain as ...Moreits backbone to construct a distributed network of nodes of low-powered wireless devices linked together and allow data transmission. The Helium mainnet is a network of nodes that lets low-powered wireless devices communicate with each other and send data. Since its foundation in 2013, Helium's objective has been to prepare IoT connectivity for the future.Less

A quick snapshot of Helium ROI (return on investment) over different time periods.

Helium underperformed in similar projects, which had 0% growth over the past year.

Helium underperformed in crypto market, which had 0% growth over the past year.

A successful project is based on a foundation of a well experienced team. Take a closer look into Helium's team.

Bruce Armstrong Board of Directors

Robert Wenig Member of Advisory Board

Bruce Armstrong Board of Directors

Robert Wenig Member of Advisory Board

Cryptologi.st
Helium Report - 2022 Oct 04
Compare Helium with other projects on https://Cryptologi.st. Also there are more crypto projects with higher gains which are extremely undervalued in today's market.

A project backed by well-known investors is a strong signal for success. Take a closer look into Helium's investors.

Project announcements and news have a significant impact on the price. Below are live updates from Helium's Twitter and Reddit accounts.