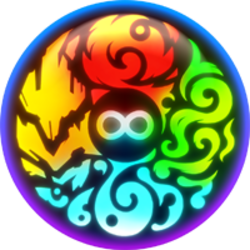 What is GensoKishi Metaverse?

GENSOKISHI Online is the blockchain version of “Elemental Knights,” a famous Nintendo Switch/PS4 game. The game has been played worldwide for 13 years and has been downloaded more than 8 million times. GensoKishi has a fully-functioning 3D metaverse ...Morethat connects users from around the world with various devices such as smartphones, PCs, or video game consoles. MV is the native token of the platform.Less

GensoKishi Metaverse underperformed in similar projects, which had 0% growth over the past year.

GensoKishi Metaverse underperformed in crypto market, which had 0% growth over the past year.

A successful project is based on a foundation of a well experienced team. Take a closer look into GensoKishi Metaverse's team.

Project announcements and news have a significant impact on the price. Below are live updates from GensoKishi Metaverse's Twitter and Reddit accounts.