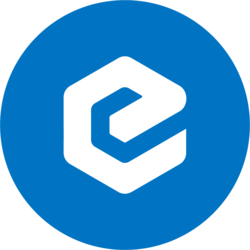 eCash (XEC) is a fork of Bitcoin and Bitcoin Cash that aims to be used as electronic cash to pay for goods and services. The coin was rebranded from Bitcoin Cash ABC (BCHA) to eCash on July 1, 2021, trying to distinguish itself from its predecessor. ...MoreeCash utilizes a proof-of-stake (PoS) consensus layer named“Avalanche,” which is different than the blockchain Avalanche (AVAX). After rebranding, eCash announced that it would convert all BCHA coins to XEC at a one to one million ratio.Less

A quick snapshot of eCash ROI (return on investment) over different time periods.

eCash underperformed in similar projects, which had 0% growth over the past year.

eCash underperformed in crypto market, which had 0% growth over the past year.

A successful project is based on a foundation of a well experienced team. Take a closer look into eCash's team.

Cryptologi.st
eCash Report - 2023 Feb 05
Compare eCash with other projects on https://Cryptologi.st. Also there are more crypto projects with higher gains which are extremely undervalued in today's market.

A project backed by well-known investors is a strong signal for success. Take a closer look into eCash's investors.

Project announcements and news have a significant impact on the price. Below are live updates from eCash's Twitter and Reddit accounts.