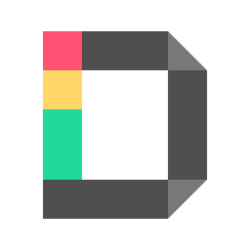 What is Dego Finance?

Dego Finance incorporates a governance and equity token known as DEGO. This is used for voting in community governance proposals and making decisions about the direction of the DEGO ecosystem. DEGO token holders also receive dividends paid out from a...More pool of funds topped up using half of the transaction fees generated by the network. Dego Finance initially launched on the Ethereum blockchain in September 2020, but later transitioned to Binance Smart Chain in order to benefit from its low fees. The developers and team behind the project are scattered across the globe, and choose to remain anonymous to focus on growth and development rather than taking credit for its creation. Less

Dego Finance underperformed in similar projects, which had 0% growth over the past year.

Dego Finance underperformed in crypto market, which had 0% growth over the past year.

Cryptologi.st
Dego Finance Report - 2022 Dec 09
Compare Dego Finance with other projects on https://Cryptologi.st. Also there are more crypto projects with higher gains which are extremely undervalued in today's market.

Project announcements and news have a significant impact on the price. Below are live updates from Dego Finance's Twitter and Reddit accounts.