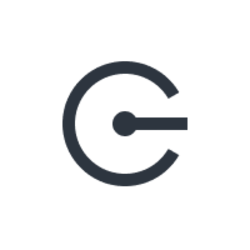 The Creditcoin Network is a public blockchain and a credit lending infrastructure. Creditcoin allows lenders and microfinance providers greater access to capital, while borrowers secure their transactions in an immutable ledger via the Creditcoin tok...Moreen. Creditcoin was launched back in 2019, and its goal is to address the issue of lack of credit among the unbanked in the cryptocurrency market. Those who are unable to access the bank are left with no choice but to borrow from non-banks. On the other hand, credit records of non-banks aren’t accepted by centralised banks, because they cannot trust the data. Creditcoin’s approach to this issue is by recording the credit transaction history on a public blockchain objectively. Less

A quick snapshot of Creditcoin ROI (return on investment) over different time periods.

Creditcoin underperformed in similar projects, which had 0% growth over the past year.

Creditcoin underperformed in crypto market, which had 0% growth over the past year.

A successful project is based on a foundation of a well experienced team. Take a closer look into Creditcoin's team.

Cryptologi.st
Creditcoin Report - 2023 Feb 08
Compare Creditcoin with other projects on https://Cryptologi.st. Also there are more crypto projects with higher gains which are extremely undervalued in today's market.

Project announcements and news have a significant impact on the price. Below are live updates from Creditcoin's Twitter and Reddit accounts.