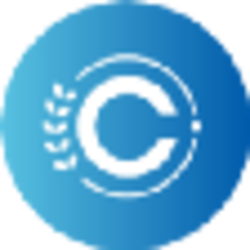 Cratos is an application and a real-time live voting platform founded by Pharos Labs in Feb 2020. Its name comes from Democracy. Democracy is combined with two words in Greek, including Demos and Kratis. Demos means 'the people', and 'Kratis' means ...More'power and rule,' and Cratos comes from the word, 'Kratos(Cratos),' God of War. CRATOS, the native token in the CRATOS app, is a V2E (Vote To Earn) token and operates on the Ethereum platform. It is used to encourage and reward activities such as collecting votes, participating in votes, and leaving comments. users can earn CRATOS token in several ways as below: Registration on the app. Vote generation on the app. Vote participation on the app. Vote commentation on the app. Less

A quick snapshot of Cratos ROI (return on investment) over different time periods.

Cratos underperformed in similar projects, which had 0% growth over the past year.

Cratos underperformed in crypto market, which had 0% growth over the past year.

A successful project is based on a foundation of a well experienced team. Take a closer look into Cratos's team.

Cryptologi.st
Cratos Report - 2023 Feb 02
Compare Cratos with other projects on https://Cryptologi.st. Also there are more crypto projects with higher gains which are extremely undervalued in today's market.

Project announcements and news have a significant impact on the price. Below are live updates from Cratos's Twitter and Reddit accounts.