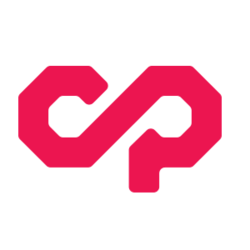 Counterparty is a platform for user-created assets on Bitcoin. It’s a protocol, a set of specifications, and an API. Taken together, it allows users to create and trade assets on top of Bitcoin’s blockchain. In this way, Counterparty is similar to p...Morelatforms like Waves or Ethereum. Of course, the difference is Counterparty integrates directly with Bitcoin. Therefore, it comes will all the security and reliability (and issues) that are part of the Bitcoin blockchain. This is a fairly old project. In fact, it pre-dates Ethereum with its launch in 2014. It was the original asset creation mechanism. As you’re probably aware, Counterparty has faded from prominence over the years. This is largely due to the rise of the ERC-20 token standard on Ethereum. However, it is still a living project under active development. Recently, it integrated support for contracts, allowing assets to be traded based on rules in a similar way to Ethereum’s smart contracts. Since Bitcoin is such a powerful network, this project still deserves attention. Nevertheless, it doesn’t seem likely to overthrow Ethereum anytime soon, nor does it try to.Less

A quick snapshot of Counterparty ROI (return on investment) over different time periods.

Counterparty exceeded in 'Smart Contract Platform' category, which had 0% growth over the past year.

Counterparty exceeded crypto market, which had 0% growth over the past year.

Cryptologi.st
Counterparty Report - 2022 May 17
Compare Counterparty with other projects on https://Cryptologi.st. Also there are more crypto projects with higher gains which are extremely undervalued in today's market.

Project announcements and news have a significant impact on the price. Below are live updates from Counterparty's Twitter and Reddit accounts.