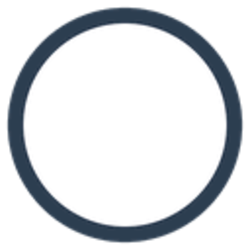 Obyte describes itself as a distributed ledger built based on directed acyclic graph (DAG). According to Obyte, DApp support is a first for a DAG-based cryptocurrency platform. The team argues that because there are no blocks or miners, access to the...More Obyte ledger is disintermediated, decentralized, free (as in freedom), equal, and open. Additionally, the team asserts that because there is no chance of front-running or other miner manipulation, DApps are safer and simpler to create than DApps built on blockchain. DApps are created in Oscript, a brand-new programming language that stays away from several risky programming practices used by past DApp platforms. The platform's native token is called GBYTE.Less

A quick snapshot of Obyte ROI (return on investment) over different time periods.

Obyte underperformed in similar projects, which had 0% growth over the past year.

Obyte underperformed in crypto market, which had 0% growth over the past year.

Cryptologi.st
Obyte Report - 2022 Oct 02
Compare Obyte with other projects on https://Cryptologi.st. Also there are more crypto projects with higher gains which are extremely undervalued in today's market.

Project announcements and news have a significant impact on the price. Below are live updates from Obyte's Twitter and Reddit accounts.