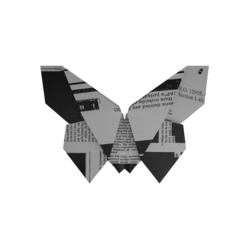 What is Redacted Cartel?

Redacted Cartel is a decentralized autonomous organization that focuses on voting power across all of DeFi's most important liquidity management protocols and acquiring governance tokens in order to provide meta-governance services to other DAOs. Red...Moreacted Cartel is a subDAO of Olympus DAO that intends to influence governance in DeFi, notably in the Curve ecosystem. It is an Olympus DAO fork developed on the Ethereum network that uses a bonding mechanism to accumulate volatile assets like CRV or CVX in its treasury. Users can bond certain tokens in exchange for discounted BTRFLY, giving Redacted Cartel control over the protocols. Redacted can be thought of as an actively managed hedge fund attempting to win the liquidity wars for its investors while gaining more power for BTRFLY holders. Redacted Cartel's native token is BTRFLY.Less

Redacted Cartel underperformed in 'Rebase Tokens, Decentralized Finance (DeFi)' categories, which had 0% growth over the past year.

Redacted Cartel underperformed in crypto market, which had 0% growth over the past year.

A successful project is based on a foundation of a well experienced team. Take a closer look into Redacted Cartel's team.

Project announcements and news have a significant impact on the price. Below are live updates from Redacted Cartel's Twitter and Reddit accounts.