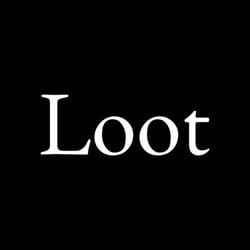 What is Adventure Gold?

The Loot non-fungible token (NFT) project's native ERC-20 token is Adventure Gold (AGLD). Loot is a randomized adventure gear generator and storage system based on text. The project has no front-end interface, pictures, statistics, or functionality o...Moren purpose. Instead, it is built on a set of 8,000 text-based NFTs that are subject to interpretation by the community. The "Holy Greaves of Giants" to the "Grim Shout" are among the gears described in the NFTs. Adventure Gold takes the same idea as the underlying Loot NFT game, which is to establish a community on top of Loot as a sort of endorsement. While the Web3 community was motivated by Loot's simplicity and distinctiveness to create multiple adaptations based on its code, Adventure Gold seeks to be used as a governance token, allowing users to vote on future in-game credits or future mints that build on top of Loot and use AGLD.Less

Adventure Gold underperformed in similar projects, which had 0% growth over the past year.

Adventure Gold underperformed in crypto market, which had 0% growth over the past year.

A successful project is based on a foundation of a well experienced team. Take a closer look into Adventure Gold's team.

Project announcements and news have a significant impact on the price. Below are live updates from Adventure Gold's Twitter and Reddit accounts.